2022 Aug: With the help of ExoLab grad student Yoni Brande and Prof. Ian Crossfield, NASA's James Webb Space Telescope has captured an astonishingly detailed rainbow of near-infrared starlight filtered through the atmosphere of a hot gas giant 700 light-years away. The transmission spectrum of exoplanet WASP-39 b, based on a single set of measurements made using Webb’s Near-Infrared Spectrograph and analyzed by dozens of scientists, represents a hat trick of firsts: Webb’s first official scientific observation of an exoplanet; the first detailed exoplanet spectrum covering this range of near-infrared colors; and the first indisputable evidence for carbon dioxide in the atmosphere of a planet orbiting a distant star. The results are indicative of Webb’s ability to spot key molecules like carbon dioxide in a wide variety of exoplanets – including smaller, cooler, rocky planets – providing insights into the composition, formation, and evolution of planets across the galaxy. Read the official press release and/or the paper to be published in Nature.

2022 Jul: The rapid rate of exoplanet discovery in the last two decades has been accompanied by a push to better understand the stars that host them - in particular, by comparing the chemical compositions of planets with their stars. JWST has already begun to conduct its first observations of the atmospheres of other worlds, making a uniform determination of their host star abundances an important and timely step in the interpretation of those results. Grad student Alex Polanski published an assay of 15 elemental abundances in 25 roughly Sun-like stars being targeted in the first year of JWST's exoplanet observations. See Alex's plots here, or go and read the Research Note.

2022 Jan: The recently discovered planet TOI-674b, a bit bigger than Neptune and orbiting a red-dwarf star about 50 parsecs away, places it in an exclusive club: exoplanets, or planets around other stars, known to have water vapor in their atmospheres. That's thanks to ExoLab grad student Yoni Brande's recent measurements using the Hubble Space Telescope's WFC3/G141 spectrograph. Many questions remain, such as how much water vapor its atmosphere holds. But TOI-674 b’s atmosphere is far easier to observe than those of many exoplanets, making it a prime target for deeper investigation. Read the JPL press release, the KU press release, and read the full paper here.

2021 Dec: Each decade, prominent scientists convene and produce a research roadmap for astronomy and astrophysics under the sponsorship of NAS. The "decadal survey" is meant to make sure the United States stays at the forefront of astronomy and astrophysics. Two scientists from the University of Kansas - ExoLab PI Ian Crossfield and astroparticle professor David Besson contributed to the Decadal Survey on Astronomy and Astrophysics 2020. Read about KU's contributions here, and read more about the 2020 Decadal Report here at the National Academies website. 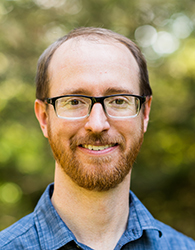 Prof. Crossfield leads the KU ExoLab, a research group dedicated to the discovery and characterization of nearby planetary systems.
I am an Assistant Professor of Physics and Astronomy working at Kansas University's Department of Physics and Astronomy. My interests lie in exoplanet formation, composition, detection, and characterization, and the development of instrumentation to further those pursuits. I am currently studying extrasolar planets using both photometry and high-resolution spectroscopy from the ground and space. I have worked all over: as an assistant professor in the MIT Kavli Institute and associated Department of Physics, as an adjunct professor and postdoctoral fellow at the UC Santa Cruz Astronomy Department, for two years at UA's Lunar and Planetary Laboratory in Tucson, for two years at the MPIA in Heidelberg, Germany and for three years at the Jet Propulsion Laboratory. I received my doctorate from UCLA. I once maintained an online repository of useful Python computing tools (which urgently needs to be moved to GitHub).